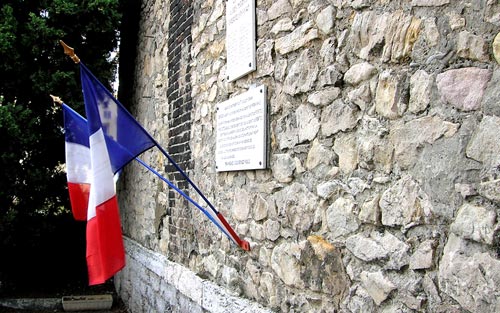 Do you know Portes-lès-Valence? No? Well, perhaps you know the rest area of Portes-lès-Valence on the Autoroute du Soleil… you stop off there to fill up your petrol tank, have an orange juice, while gazing at the gadgets in the Shell shop or admiring the bronzed features of the August holiday-makers on their way home. Are you aware that there, set back a bit from the National highway, there is a funerary stone with a dozen names engraved on it? Twelve men fell there, arms linked, confronted by a Nazi squad. On the other side of the highway is the cemetery of Portes-lès-Valence where lies the body of Gaston Nogier (4). The furniture of my little place was all rather rickety and I asked to have someone come from the carpentry shop. It was Nogier. I helped him keep the planks steady while he planed them down, and we chatted. That’s how I got to know him. He straightaway got for me a certificate of employment signed by his boss. Without some such attestation young people were sent off to the S.T.O. (Service du travail Obligatoire). The whole family fitted in to the tiny residence. Moreover, we were no longer a family, simply friends, and our false papers bore different names. Nogier got me a job at the Barnier factory at Valence.
To go there on bike, I took the by-road parallel to the National Highway 7, between the Rhône and the railway. It met up with the highway at the Pont-des-Anglais, at the entrance to Valence. One day I was on early. (We began, I think between 5 and 6 in the morning and knocked off in the early afternoon) I was riding alone in the silence of the night when, all of a sudden, a voice near at hand shouted:
“stop, young feller”.
I put a foot to earth, but I could not make anyone out in the vicinity. The man was doubtless stretched out in the colza field, for again from the field, the voice began:
“turn back, the Huns are at the Pont-des-Anglais”.
I don’t think I could even have said thank you, and went for my life back home. Every time the railway line was planted with a bomb, the Nazis picked up a few individuals, simply taking them by surprise: they were never seen again, and simply reported as ‘missing’. You, that French man from Drôme, you saved my life! I hope you too got through safely! My papers were “good”. My cousin Emile has procured an authentic extract of birth, that of a young Parisian. In Toulouse, with the help of this extract, he was able to get an identity card, a food rationing card, and everything! 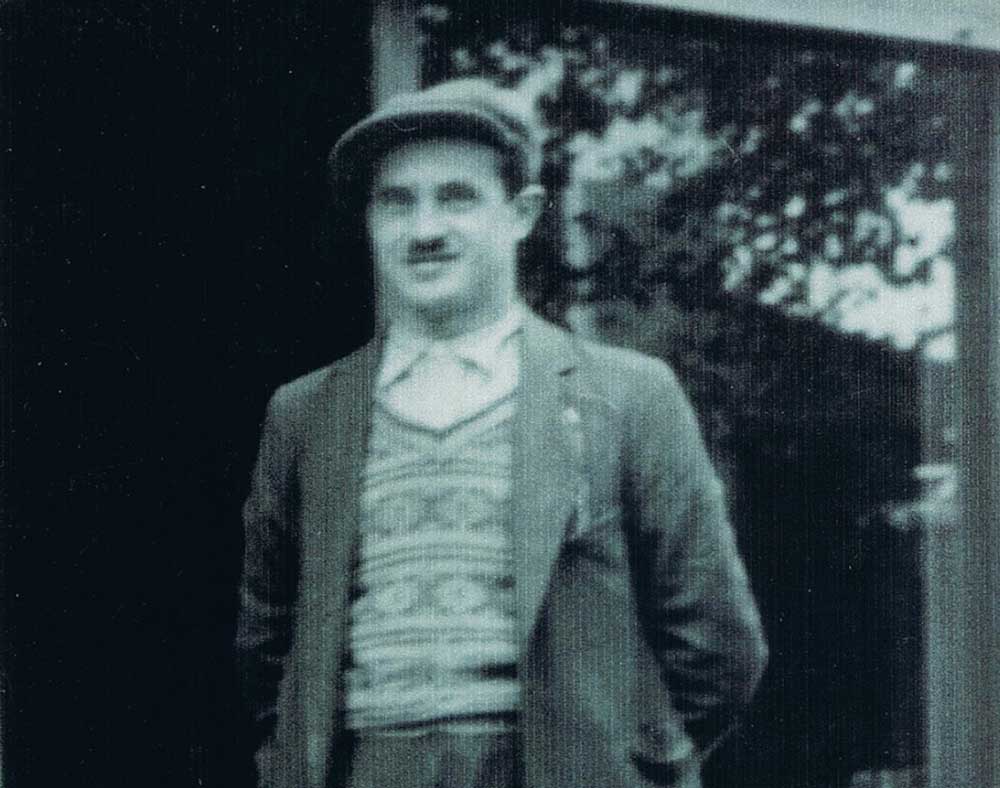 Thanks to this same extract, the state police issued me with the same stack of papers, real papers! In fact, there were three of us all with exactly the same papers, the real André B., my cousin, and myself. All completely in order! But it was too good to be true. Emile had me warned at Portes-lès-Valence that I should clear out quicksmart with a change of identity. At Toulouse, he had been approached in the street by three Vichy inspectors on an identity check.
- “Show your papers!” came the command.
Emile produced his card, perfectly in order.
- “Search him”, barked the chief.
In two seconds, Emile had done the searching himself, grabbed his 7.65 and fired into the air. While the inspectors lay flat on the ground, he cleared off. The papers in André B’s name, however, had stayed in the hands of the coppers and, naturally enough, the order was given to all police posts to track down André B. I too was an André B.! I hastened to Nogier’s place.
“Bring me an identity photo” he said, “and get your things together. Tomorrow we make for the Bedaud (Ardèche)”. (4) Gaston Nogier - 27 June 1902 the charnel house St-Mélany, 26 November 1944 doors-les-Valence