Chapter 3 :On the Move 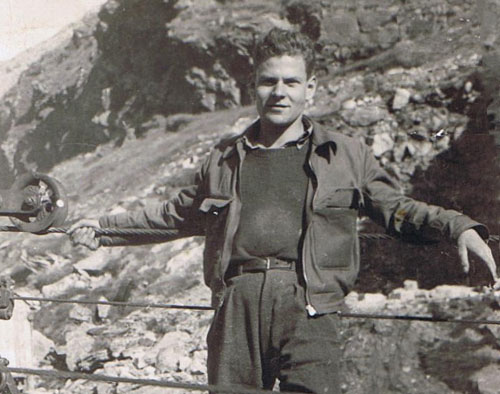 On the dam of Gnioure (Ariège)

So I left the town and found myself on a hydro-electric dam under construction in Ariège (3). But I had to leave that too after the explosion in the Ax-les-Thermes tunnel. Later, I also had to leave Aveyron in hurry, since I had attracted the attention of the Naucelle police, not so much, however, as to make flight impossible. One evening, exhausted, I knocked on the door of the Pastor Delord at Carmaux.
“Look”, I said, “I risk being caught on the hop, and I don’t know where to go”. “Right”, he said, “get washed up, while I get something to eat. You can sleep here and, tomorrow, you can go to my father’s place in the Gard. He runs a leper hospice in the Valbonne Charter House. You’ll be safe there. The Germans are dead scarred of leprosy and never go near the place.” At Valbonne, for a twenty-two year old man with no vocation, the atmosphere was unbearable. To look after the sick there was little in the way of medication: oil of chaulmoogra and some methylene blue to bath their wounds. No electricity. A generator that was rarely going so as to save on petrol.
In the darkness of the corridors, I was in constant fear of bumping into one of these ‘blue’ men who might touch me with the stump of his arm. I had been assured, however, that in our European climate, leprosy was not contagious. Many of the inmates died in atrocious pain. Chonchette, the poet-schoolteacher from the Martinique, howled for three nights in a row. On the fourth, the knell of the little chapel sounded. It fell to my lot to dig her grave in the tiny cemetery of the cloister. The three litres of brandy, which my mate Mitka had given me when I was leaving Vauvert, was all gone and I had nothing left to bolster my spirits. Despite the hospitality and security of Valbonne, I’d had enough. I left for the Drôme to take up menial work on a small farm in Montmeyran. 1943 - I had been there for quite a while when my parents let me know that their situation in the city was getting more and more precarious. They expected any day to be arrested. In a Valence agency, I found – it worked like that at the time – a small furnished house at Portes-lès-Valence, between the RN7 and the Rhône. (3) Gnioure 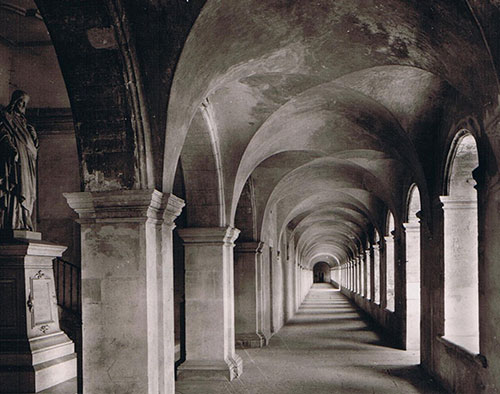