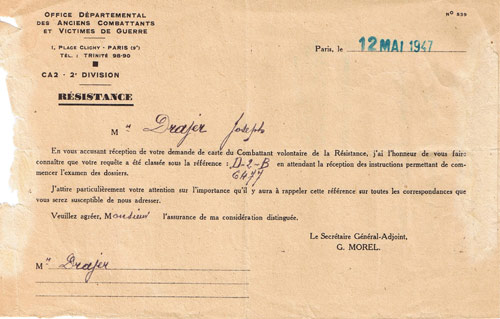 I am the first to ask that the past should not be forgotten and that it should be constantly recalled so that lessons may be drawn from it.

I also believe that, to strike the imagination of people who, decades after the events recounted, are steeped in the outlook of the changed world, with other problems of its own, it behoves us to emphasize certain facts.

We must, however, be careful to avoid wild exaggerations, especially of the wrong kind!

I have been saddened, for example, by what Bernard-Henri Lévy Bernard-Henry Lévy has written and said in front of the television cameras.People still speak of what they call “the tip of the iceberg”.

When Bernard-Henri Lévy calls into question the position of the French Communist Party at a particular time and when at the same time people quibble over the attitude of various levels of the French population, they are not and cannot be objective.

. As a holder of no more than a certificate of primary schooling, I make no claim to be able to enter into dispute with an eminent philosopher, and I know that my recollections interest none but myself. However, to refute assertions which I believe to be false and unjust I have only my own memories to rely on.
After the ’39-’45 war I applied for a card as Resistance Fighterwhich was refused. The reason given was: “he provides no evidence of having belonged to a certified combat unit”.
I belong in fact to the “Indomitable” battalion, unit M.O.I.(1) of the Department Tarn-et-Garonne; it was disbanded prior to the complete liberation of the country as a whole. Had I been chasing after certificates or had I been no more than a cook in some approved unit, I should have had my card and perhaps even a decoration along with it! But I am not thinking of myself when I speak of those former Resistance Fighters who were no officially recognized. I am thinking of those countless French men and women who fought neither in the maquis nor in officially recognized units, but who risked their lives many times over, simply and calmly as they went about their everyday lives. It was so normal and natural for such people that it will never occur to them to speak of their actions. Of course, as today, there were the good ones and the others, the foolish and the ne’er-do-wells. Perhaps, I was lucky? I mainly knew French people of good will, and they were everywhere. I encountered them in the Drôme and the Ardèche. Is it true that the poorer people are the better their natures? I detest regional chauvinism, parochialism, that serve only to divide a country or a people, but I love the Drôme, the Ardèche with a passion, because of the goodwill and the understanding of the men and women I met there, at a time when cowardice, folly and ill-will would have come easily and paid off! (1) Main d’Oeuvre Immigrée, i.e. of immigrant workers 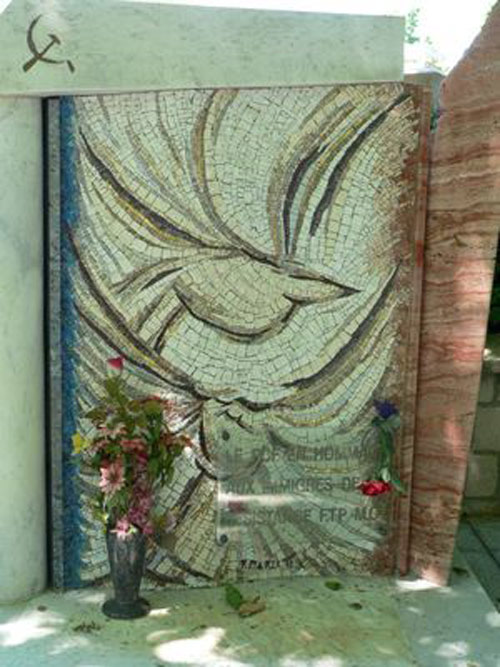